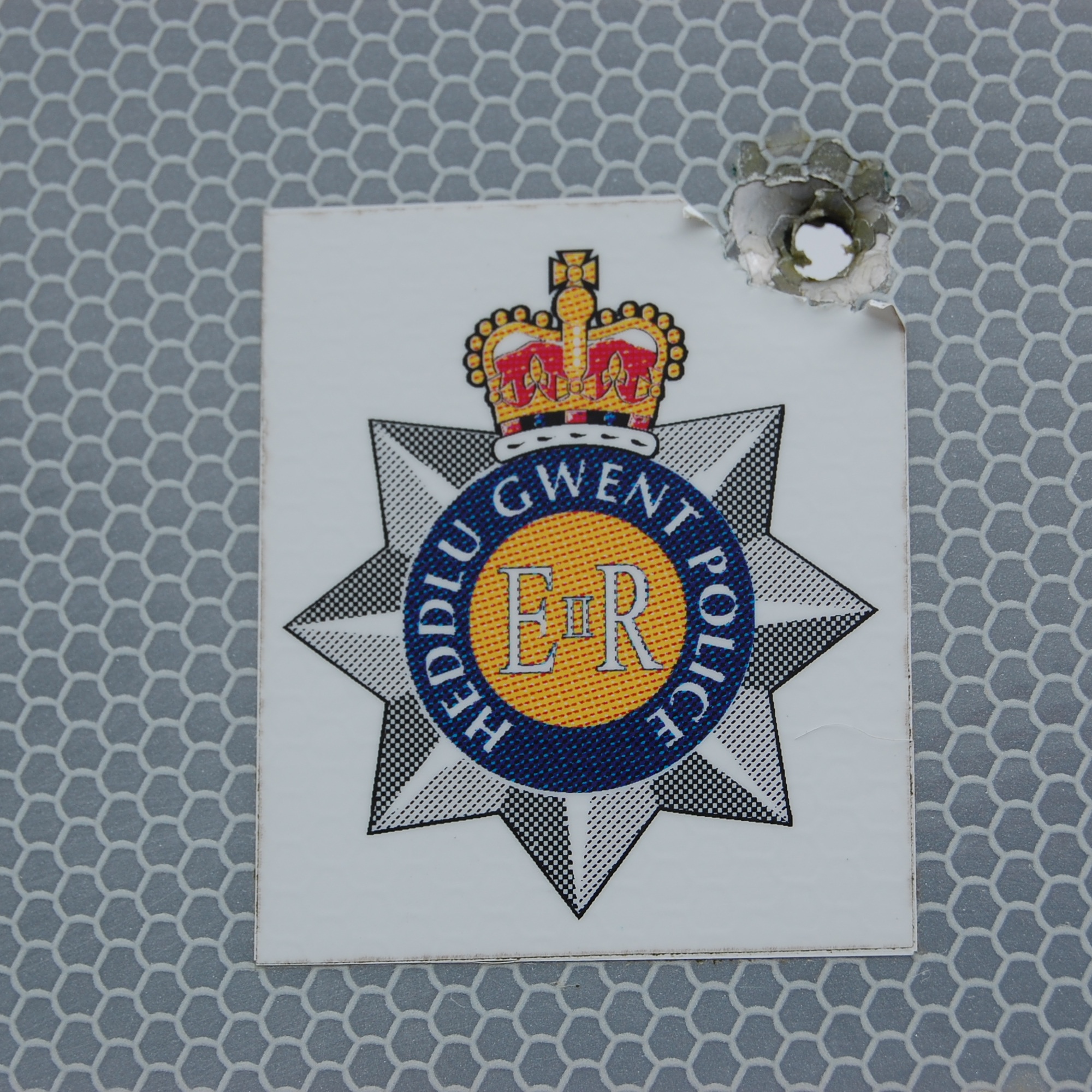 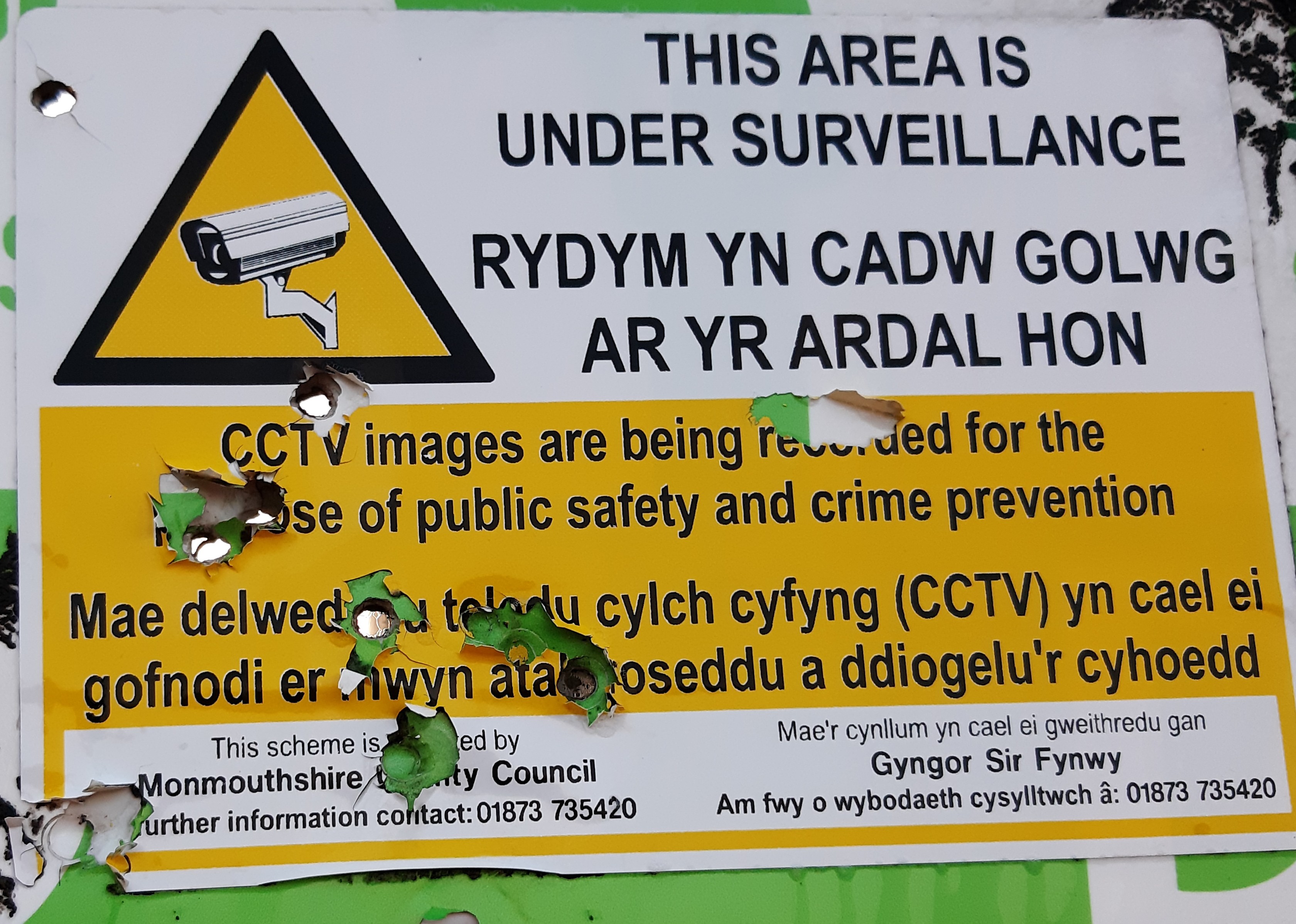 Thank you for visiting my website, GUNFIRE GRAFFITI UK and now incorporating, BULLET PATH. I hope you will find both aspects interesting. GUNFIRE GRAFFITI UK is a gun crime research project that records and reports evidence of roadside gun crime. That is the discharge of firearms and shotguns into steel/alloy roadside structures. Shootings are often from within the confines of passing vehicles. The UK has strict gun laws but many of these discharges reveal the use of firearms that are banned from legal ownership. I refer to the result of bullet penetration, impact, shotgun penetration and pattern blast in public places as “signatures”.

The WHAT can be recognised and WHERE is there for all to find and see. The WHEN can be calculated and we can surmise, anticipate and debate WHY. The big question in all instances is always…….. WHO? We do know that Michael Ryan who perpetrated the Hungerford Massacre in 1987 went out at night in his car and carried out these type of shootings. He even admitted this to an employer before his rampage and Thames Valley Police found evidence close to Hungerford after his killing spree. Rather strangely a large amount of gunfire damage has appeared around the outskirts of Hungerford since 1987. The American gangster and gunman Clyde Barrow, (of Bonnie and Clyde fame), did the same in the 1930’s.

BULLET PATH is a unique view of a selection of gun slay murders, gun terror attacks and assassinations that have occurred around the world. Examples feature in the BLOG section. The White House Farm Murders – 1985 is included. This is the story about Jeremy Bamber and the brutal gun murders of five of his family members. This also features in an ITV factual drama produced by NEW PICTURES early in 2020. 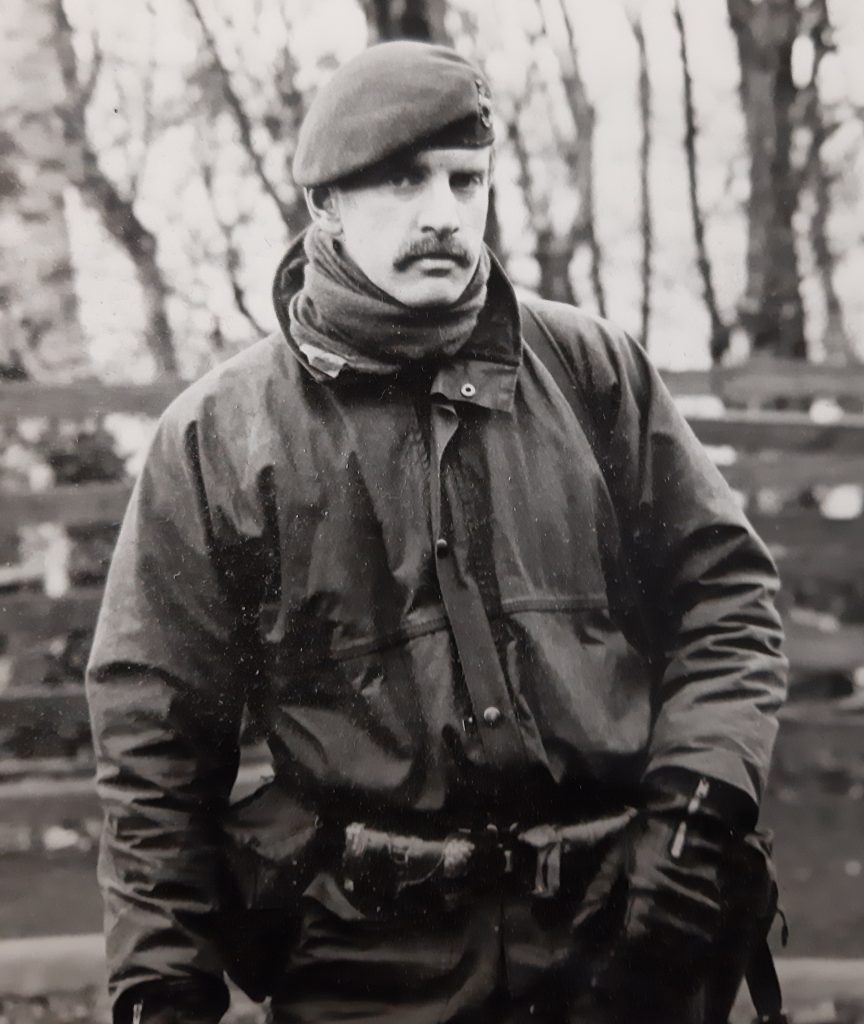 Having handled firearms for over 45 years, escaping from a random shooting incident in Spain in 1975 and completing a very active military career in the 1980’s I hope I can be considered qualified to comment. 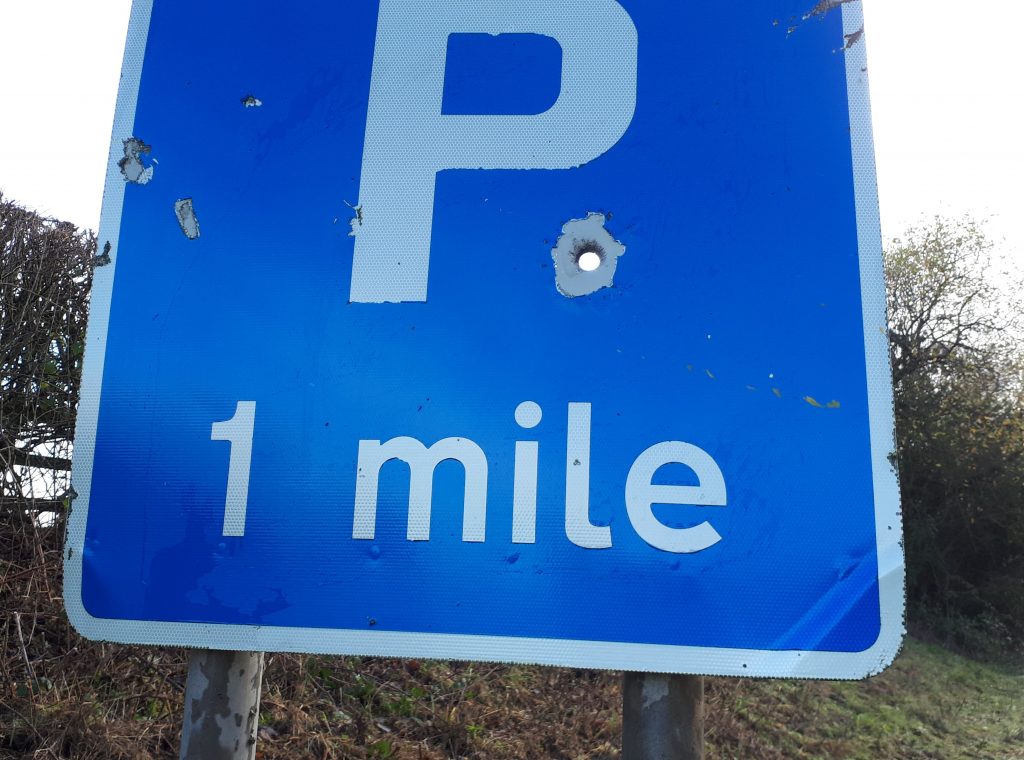 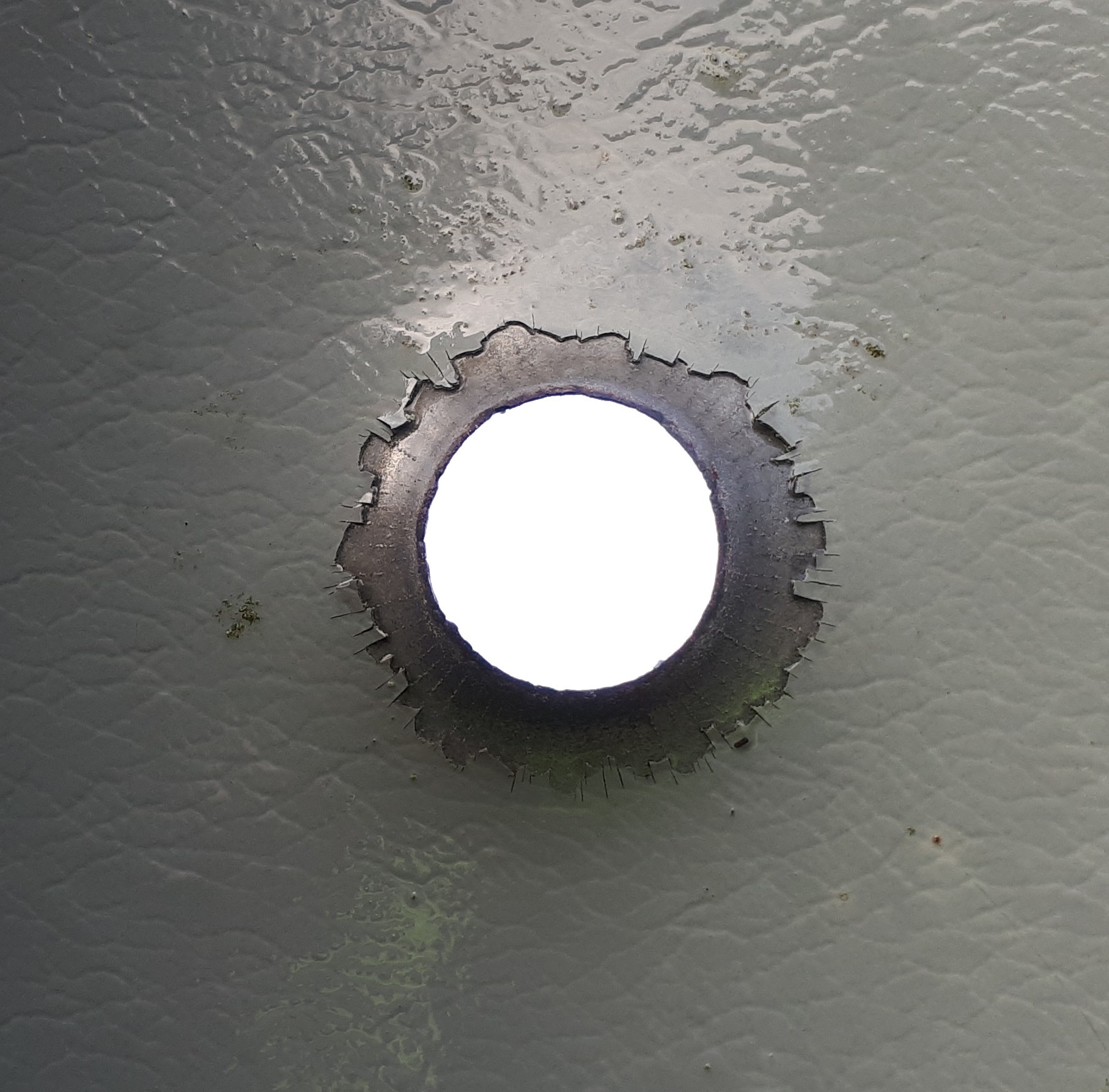 This 20mm shotgun slug penetration near the village of Twycross in Leicestershire was reported to the police who advised local media that it was probably, “Kids with catapults”. The murderer Raoul Moat shot and killed Chris Brown in July 2010 with a 12 bore shotgun using home adapted ammunition, (in this case 18mm lead fishing weights). Examples of this type of experimentation with shotguns is very commonplace throughout the UK.

My first book, GUNFIRE GRAFFITI – Overlooked Gun Crime in the UK was published by Waterside Press in 2012, written under the pseudonym of Matt Seiber. The preface was written by Nick Ross of BBC “Crimewatch” fame. This publication finally came about as a result of the ballistic research carried out in Oxfordshire by Cranfield University. It reveals some startling facts and a disturbing shortfall in the understanding of gun crime in the UK. 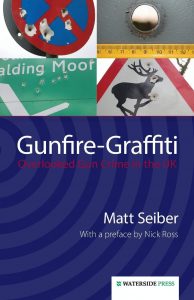 Throughout the BLOG section you will find my investigation details on – Killing the Archduke 1914, The White House Farm Murders – Jeremy Bamber 1985, (currently being featured in a six part drama documentary on ITV), The Hungerford Massacre 1987, Albert Dryden 1991, Jill Dando 1999, and the under reported “Dando Distraction”.

Exactly seven years ago, the still unsolved Annecy Murders in France in 2012 continue to attract wild speculation and conspiracy theories. The murder of John “Goldfinger” Palmer in 2015, remains a mystery. The murder of Gurinderjit Rai in rural Hampshire, 14 July 2019 is still under investigation.

My latest blogs are reference to a re-visit to ANNECY and a trip to investigate THE DOMINICI AFFAIR 1952.

Please have a look at Terrorist Shooters; what do we really know and understand. This feature is centred around a series of shooting incidents on the A68 in Northumbria.

Also included is the strange case of  the visiting Austrian, Manual Wallner which took place in South Wales in 2015. His serious firearms offences were quickly dealt with, his weapons were confiscated, he was given a suspended sentence and he was deported. There is a bizarre twist however and physical evidence still available for all to inspect. 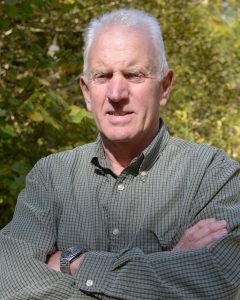 I will always welcome and appreciate your comments on the site and blog posts. Feel free to contact me anytime on