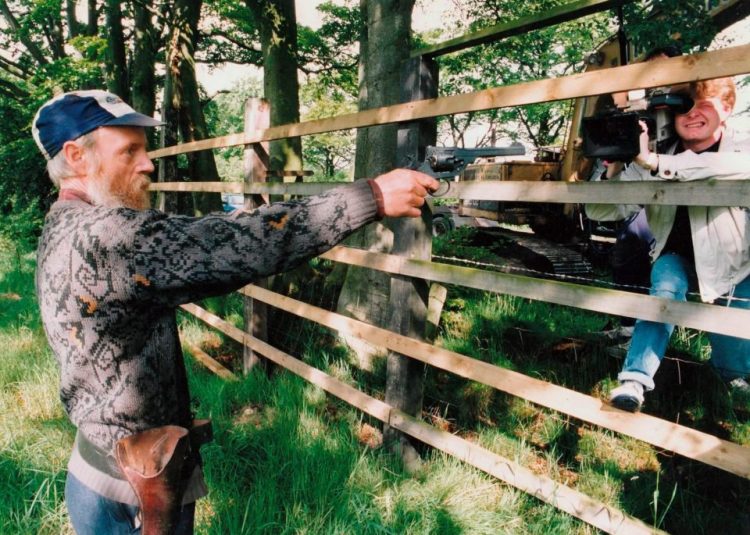 In October 2017 a 76 year old man who had suffered a stroke was admitted into a care home in Durham. That was not remarkable but this particular elderly gentleman was far from ordinary, he was serving a whole life term in prison for murder. His name was Albert Dryden.

Twenty six years earlier, on a quiet rural lane close to the village of Butsfield in County Durham, Albert Dryden shot and killed a Derwentshire District Planning Officer, Harry Collinson. The circumstances leading up to this brutal and very public execution were mundane but it stirred Dryden’s eccentric behaviour and ultimate reaction to an ongoing property dispute. He lived in Consett, County Durham and owned a small plot of land south of the town and close to the A68. He was keen to build structures on it. Initially he had cultivated a good relationship with Harry Collinson who had advised him on what he could legally do on the land and what he could erect. He also reminded him about the restrictions because the plot was within a protected green-belt. Dryden interpreted the restrictions to his own liking and subsequently dug out a plot and erected a bungalow of his own design leaving just the roof visible. It was a bizarre enterprise and encapsulated Dryden’s eccentric and anti-establishment attitudes.

This set into motion a lengthy and complex dispute with Dryden resorting to threatening language; incredibly warning officials that they faced the risk of being shot or blown up. He even physically assaulted one visiting official. After numerous meetings and exchanges, repeated warnings and official notices the authorities arrived on June 20th 1991 to demolish the illegal property.

Albert Dryden had been born into a hard working, righteous family in Consett. Despite having 7 siblings he was a bit of a loner and he cultivated a wild imagination. Hardly academic he was a hard worker and very industrious, able and willing to toil with his hands. He was a fantasist and an extremist, quick to spin a yarn, a popular figure amongst neighbours and friends. He had a love for westerns and cowboy culture and saw himself as a victimised homesteader, scratching a living and protecting himself from what he considered were corrupt officials, judiciary and police officers.

His western style fantasies included a fascination with guns and he illegally procured his first firearm at the age of 11 in 1951. A schoolfriend stole it from his father and sold it to Dryden. This was a .455 Webley six shot revolver, a wartime piece and as close to a western style Colt as he could get. There was only one .455 cartridge available to go with it and Dryden fired the weapon in a tree.

Dangerous and malevolent he went on to develop his practical skills with gunsmithing. Unable to legally purchase ammunition for the revolver he adapted rimmed .410 shotgun cartridges which were easy to come by in a rural community and would fit the chambers. Shortening the cartridge cases, extracting the shot charges and fashioning and moulding lead bullets he developed crude but usable ammunition. His ambitions were completely illegal but he gained a local reputation for being able to repair, service and adapt guns and produce ammunition. 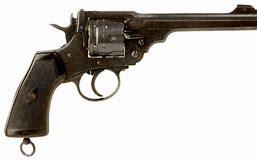 In 1961 he was arrested and heavily fined for detonating explosives and firing home made rockets. On the occasion that led to his arrest he had launched a very large rocket in the vicinity of an RAF Vulcan bomber which was flying at low level over Derwentside and Weardale. Interestingly Michael Ryan, (Hungerford massacre), had done something similar. He referred to his rockets as Ryan Specials and shocked fellow workers with impromptu lunch break displays. Dryden applied for a firearms licence at one time but it was refused because of the nature of his past arrest and the land he intended to use it on was deemed unsafe. Frustrated by the decision he simply continued to handle and procure firearms illegally. Excelling with tools and tinkering with machinery he eventually secured a job in the Consett Steelworks and was in constant employment between 1966 and 1980.

On the day of the murder the sun was shining as officials, police, media and demolition teams assembled. Interestingly armed officers and a paramedic were put on standby in Consett Police Station. Dryden clearly had a reputation but his actions and threats were not being taken seriously enough. The image above was taken just shortly before Albert Dryden went back to his caravan to collect his revolver to shoot Harry Collinson. This was happening just 4 years after the Hungerford Massacre where a disturbed loner Michael Ryan shot and killed 16 people without any initial warning. Thames Valley Police and the deployment of armed police in general came under a lot of scrutiny in the official report. Recommendations were endorsed for the benefit of all police forces to learn from it.

The main picture was taken of Albert Dryden just seconds before he shot and killed Harry Collinson who was standing next to the cameraman on the other side of the fence. The blind naivety and utter stupidity of the press and the planning officials at the time of this stand-off was staggering. The revolver hammer is fully cocked and the brass cartridge rims are visible in the revolver’s chambers. Dryden had been seen to tie the holster down around his thigh gunslinger style with a leather thong.

After shooting Harry Collinson in the chest he climbed through the fence. Collinson had fallen backwards and was lying mortally wounded in the shallow ditch between Eliza Lane and Dryden’s land. The surrounding throng just fled in all directions. Dryden fired at Solicitor Michael Dunston who had been standing close to Collinson but missed him and hit Stephen Campbell a police officer in the back. He fired again and hit a BBC reporter, Tony Belmont in the arm. He then stepped back and stood over the lifeless body of Harry Collinson again and fired another 2 rounds into his chest and face. He fired remaining rounds at the hastily abandoned demolition vehicles. 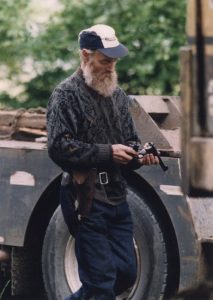 The two armed police officers were called from Consett and they were soon joined by other armed officers. They contained Dryden on his plot of land who had calmly hung up his holster and weapon, satisfied with his actions and brewed himself some tea. His sense of achievement lured him into close conversation and he was overpowered by police officers and quickly taken into custody. Military bomb disposal teams were called in after he warned police that the approaches to his plot were booby-trapped with explosives. It was a bluff. Police found other firearms in his caravan and at his Consett address, rifles, shotguns and handguns in various states of serviceability. Dryden was eventually found guilty of murder, attempted murder and wounding. He had pleaded not guilty on the grounds of diminished responsibility but this was not accepted by the court.

Despite his constant protests and a following of loyal supporters he was incarcerated for life. He showed no remorse and remained defiant for the rest of his life.  Albert Dryden died at the age of 77 on the 15th September 2018. 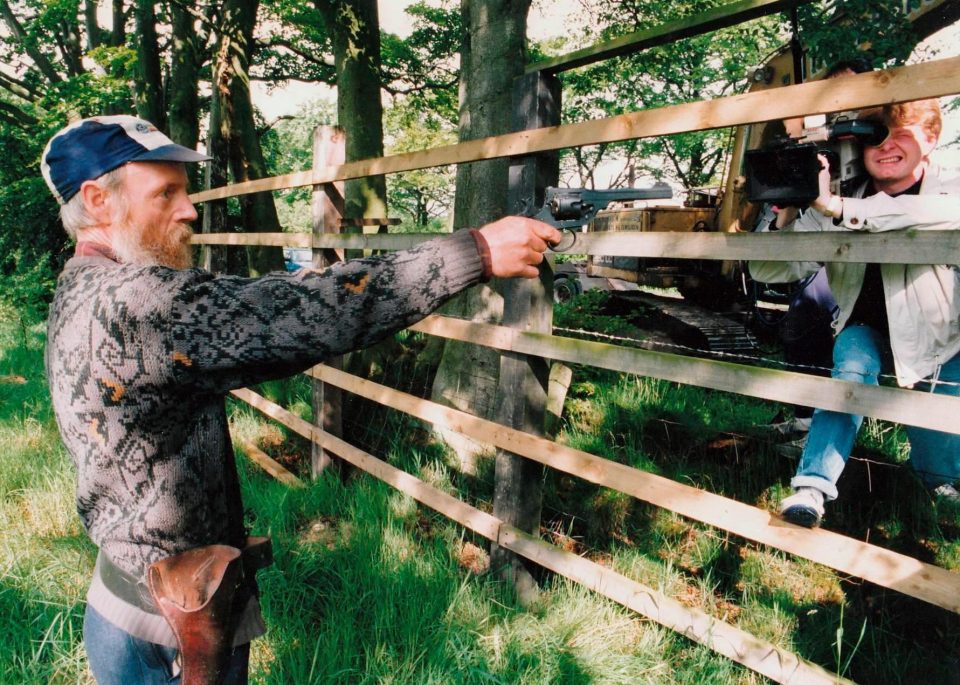 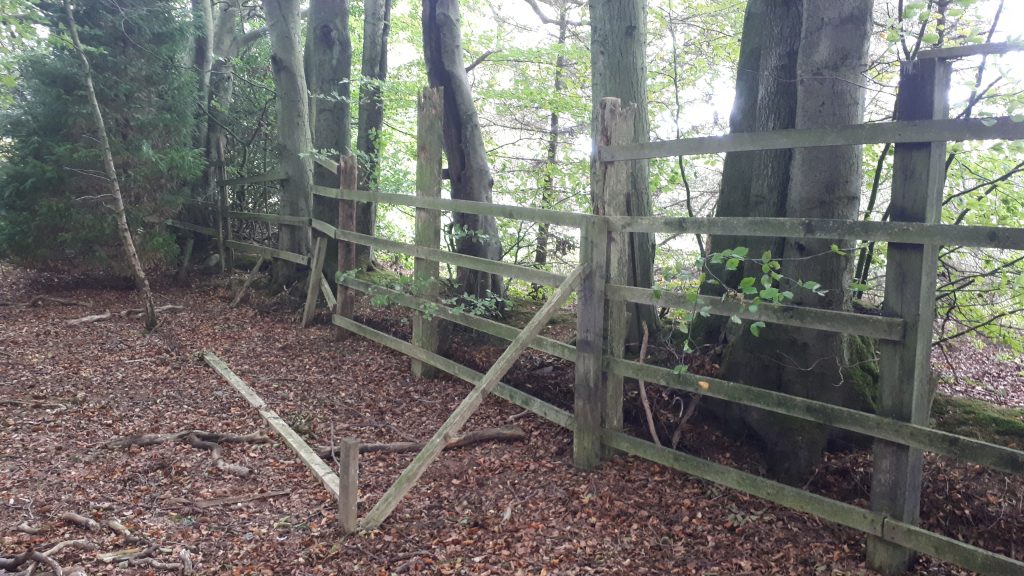 The murder site in October 2018

For more detailed reference, the book, “Death On A Summers Day ” was written by David Blackie, an armed police officer who was present on the day. Published by John Blake Books, this book provides an accurate, open, honest and very detailed account. 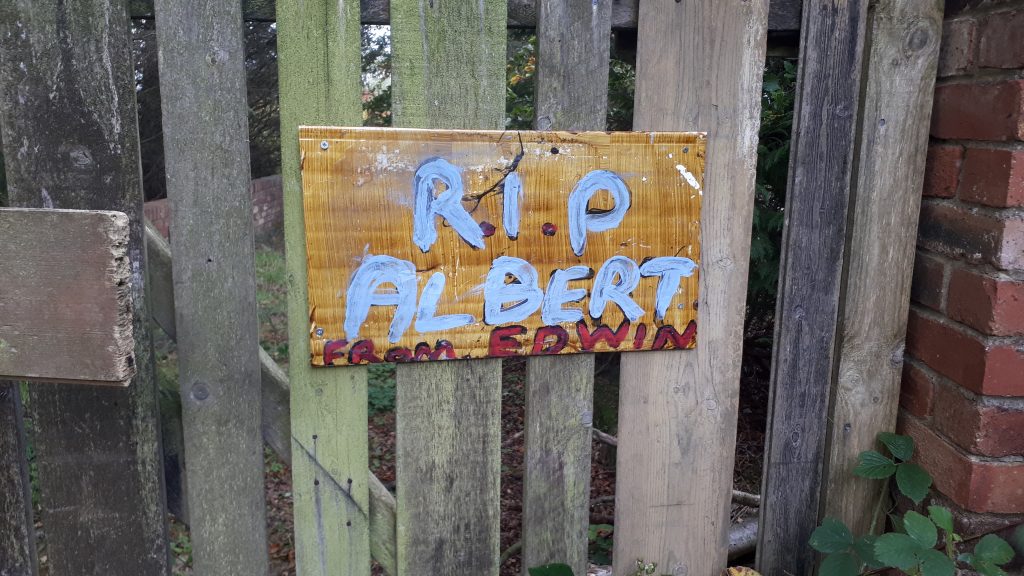