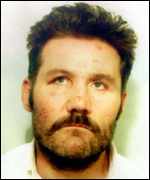 April 28 1999 was a warm sunny spring day in London. Met Police Traffic Officers, Acting Sergeant Mark Newman and PC Steve Cox started a 1500 – 2300 hrs late shift in the normal manner. Having attended their shift brief and checked over their patrol Land Rover Discovery, Oscar 523 proceeded out of Hampton Traffic Unit north on Station Road, the A312. They intended to patrol the M25/M3 sector. It was routine and they anticipated the shift to be as such but the briefing included references to the Jill Dando shooting just two days earlier and the need for vigilance and attention.

The BBC Broadcaster Jill Dando had been shot dead outside her home in Gowan Avenue Fulham, across the Thames and just 10 miles to the NE. The murder despite being perpetrated in broad daylight on a suburban street had not left immediate and major clues for detectives to pursue. The bizarre circumstances had quickly led to a media frenzy. The killer was still at large, and it was known that he had used a 9mm semi-auto hand gun. Both Officers were fully aware of the implications and their visual presence to the public was a little more significant than usual. They would never have imagined what was about to happen just 5 minutes after they set off from base.

At the Apex roundabout, the two-lane approach junction with the A316 Oscar 523 pulled up at the red traffic lights in the nearside lane next to a dark red Vauxhall Cavalier on their offside. Mark Newman just glancing down at the rather grubby vehicle next to him immediately noticed the road fund licence was out of date, Oct 1998. He passed on the detail to Steve Cox and they both naturally decided that they would pull the vehicle over, an out of date road fund licence could lead to more issues. Allowing the Cavalier to move ahead as the lights changed so they could monitor his route the car proceeded straight ahead under the A316 flyover for the exit straight ahead. They closed in behind and Mark noticed the ProVida camera system was not turned on. Steve activated it along with blue lights. The Cavalier driver made motions that he was aware of their presence and a short distance into the two lane road started to slow down and then stopped in the nearside lane. Mark stayed behind the wheel initiating a vehicle check and Steve dismounted to approach the offender. Mindful of traffic passing in the offside lane as he reached the nearside rear door the Cavalier accelerated away. PC Cox sprinted back to the Land Rover, Mark was already prepared to give chase whilst Steve would give a running commentary after updating the incident by radio. After less than a minute into the chase the Cavalier braked hard, smoke pouring from the tyres and then turned left into Hounslow Road and stopped. The driver, George Knights got out, a swarthy thick set character wearing camouflage trousers. Stopping just 15 metres behind him in the mouth of the junction both Officers sensed a confrontation and then became aware that the driver was pointing a hand gun at them and discharging it. They could hear the gun firing and felt rounds hitting their vehicle, Mark recalls seeing the glint of spent cartridge cases being propelled from the weapon ejection port. Just seconds later the driver got back in the vehicle and sped off. Somewhat shaken by the armed confrontation Oscar 523 continued the chase now updating the control room that a semi-auto hand gun was being used against them. Knight’s continued to fire the weapon at them, stretching his right arm back from the driver’s window. This firearm was in fact a 9 mm Glock 17 semi-auto. Hand guns had been banned from legal ownership in the UK since the Dunblane shootings in 1996. 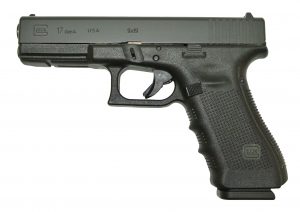 The route was busy with traffic; pedestrians which included school children could hear the shots but could not comprehend what was happening. The Cavalier driver continued to try and intimidate the officers by applying his brakes hard and leaning out of the driver’s window firing further indiscriminate shots towards them.

After just ¼ of a mile Knights stopped across the carriageway just past Winslow Way. The officers stopped some 30 metres behind straining to anticipate what the perpetrator’s next move would be. Information was now out and armed units already poised and on standby since the Jill Dando shooting were keenly awaiting updates and locations. Unarmed and highly vulnerable the crew of Oscar 523 were desperate to do something to stop Knights.

To add to the horror when the driver got out this time he was holding an assault rifle and he began to move towards the police vehicle, he raised the weapon to his shoulder. 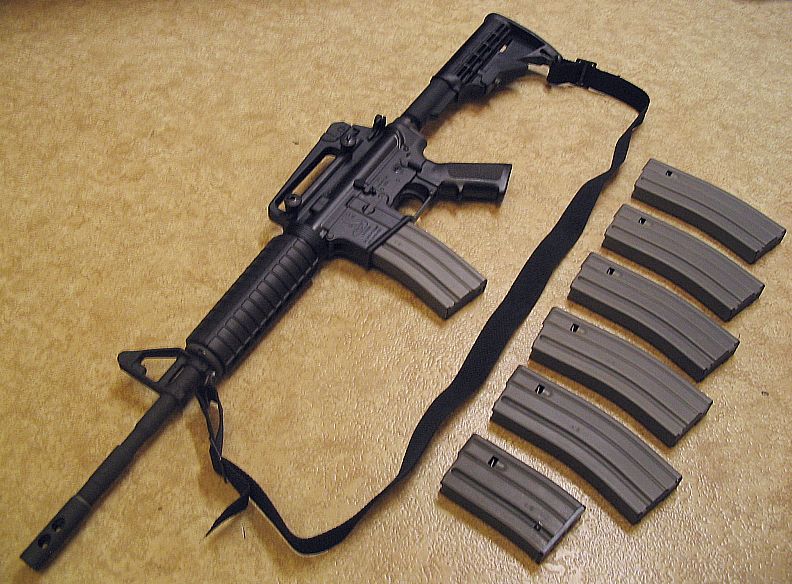 The gunman was now holding a Bushmaster assault rifle with a full auto function. Unbeknown to the officers Knights had fired 8 rounds from the hand gun and had then suffered a stoppage. He’d thrown the weapon into the footwell and picked up the rifle. Steve Cox got out of the Discovery to find hard cover. Mark Newman crouched in the driver’s side footwell, still to this day amazed that he was able to whilst wearing a stab vest and utility belt. He started to hear and feel 5.56 mm rounds hitting the front of the Land Rover as Knights fired a short burst. These were high velocity jacketed bullets travelling at close to 3,000 feet per second. The energy was easily puncturing thin metal and components under the bonnet; only the engine block and luck was going to stop rounds entering the vehicle interior. Mark recalls rounds hitting the tyres which immediately deflated, the vehicle sinking by inches. His focus was acute, his full attention and senses could only hear the shots and the bullets penetrating the vehicle. His fear now was being trapped and he visualised Knights walking up to the driver’s side door and just shooting him crouching in the foot well. His only thought was not his life flashing past him but simply the hope that it wouldn’t’t hurt. 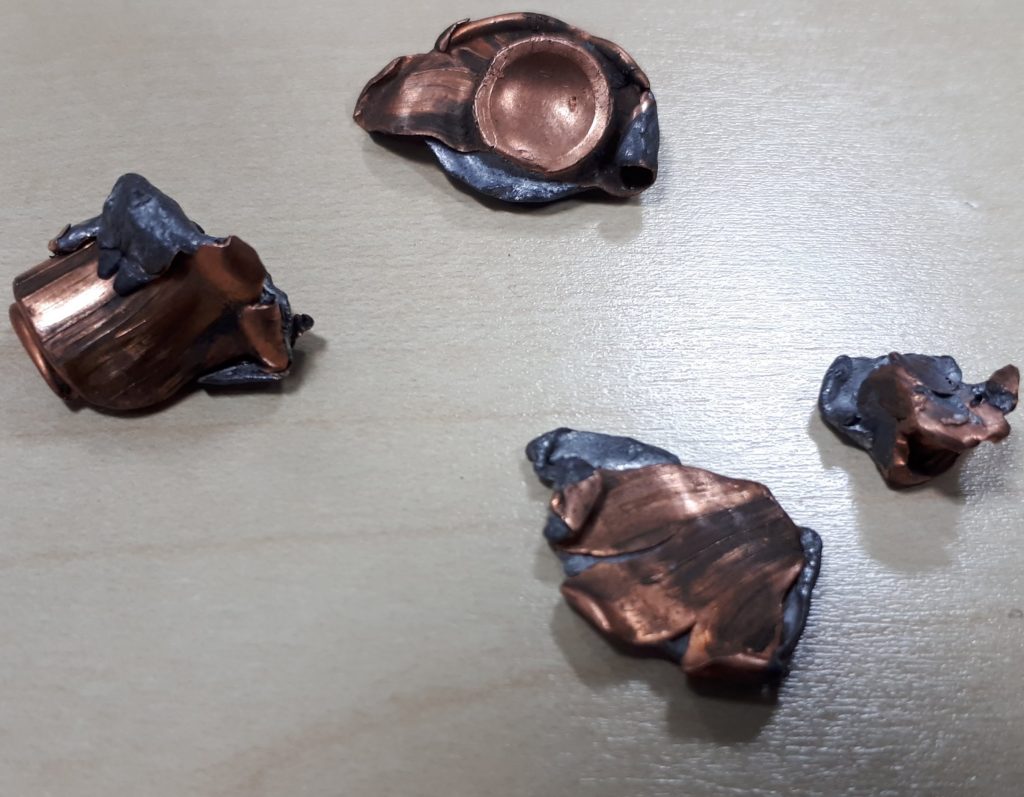 This is 5.56 mm bullet debris extracted from the engine compartment of Oscar 523. It was the engine block that saved Mark Newman’s life that day as he managed to get deep into the footwell.

The firing stopped, Mark Newman cautiously dragged himself up, Knights was driving away. The police officers continued the chase and the radio commentary, but their vehicle was so badly damaged and disabled they pulled over after 400 metres. Other police units rapidly converged into the area, Traffic and Area cars and armed response. All callsigns were advised that the perpetrator could be linked to “Foxtrot Foxtrot” the police phonetic code for Fulham; they could be pursuing Jill Dando’s killer, or somebody connected to it.

Knights decided to abandon his car and hijack another in a bid to evade. Threatening drivers and randomly firing his assault rifle he created maximum confusion and panic. Crashing one vehicle he commandeered another. As police vehicles appeared he fired at them. Ascertaining what vehicle he was in created confusion on the radio net and the now immediate priority was to stop and contain him. He missed a bus driver by inches when he fired a round through his bus windscreen. Eventually George took a hostage, Hedley Jenkins a local businessman. Climbing into his Audi he ordered him at gunpoint to drive. 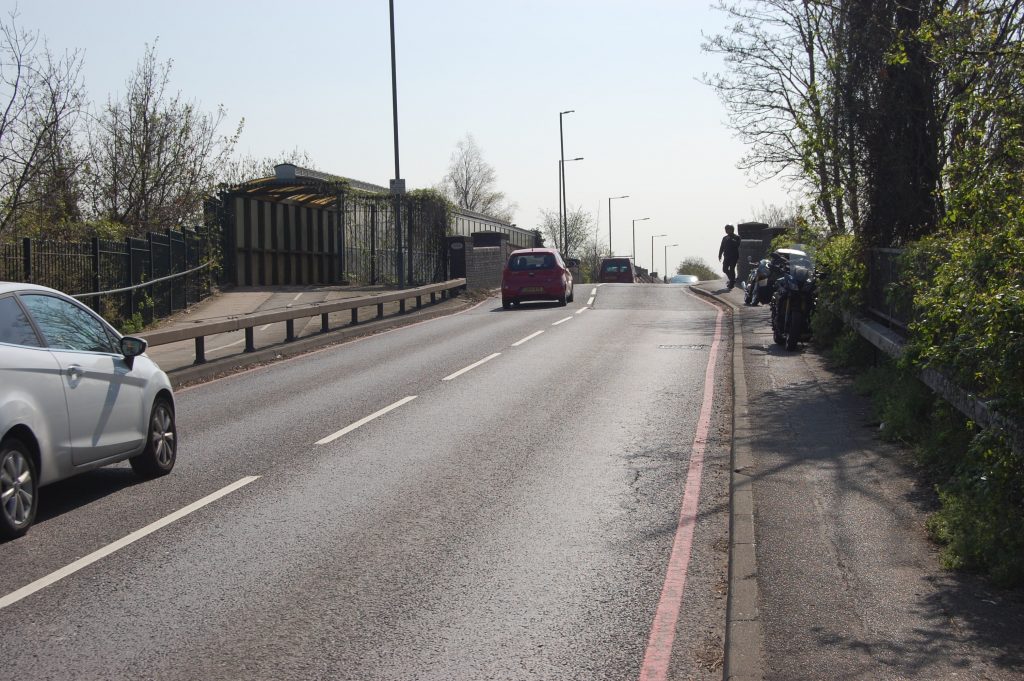 Mark Newman is a silhouette on the same bridge near Feltham that his police colleagues approached in April 1999.   This image was taken from Knights approximate firing position 20 years earlier. I upset a very vocal pedestrian here trying to manoeuver her shopping trolley past my motorcycle parked on the pavement. Sorry!

The police units continued to give chase. Crossing a narrow bridge in afternoon traffic, bullets were striking police vehicles trying to manoeuver around the public who, forced to stop in their cars were oblivious to what was happening. Bullets were striking the road and bridge parapet. Knights disabled 2 more police vehicles with bullets narrowly missing the occupants. 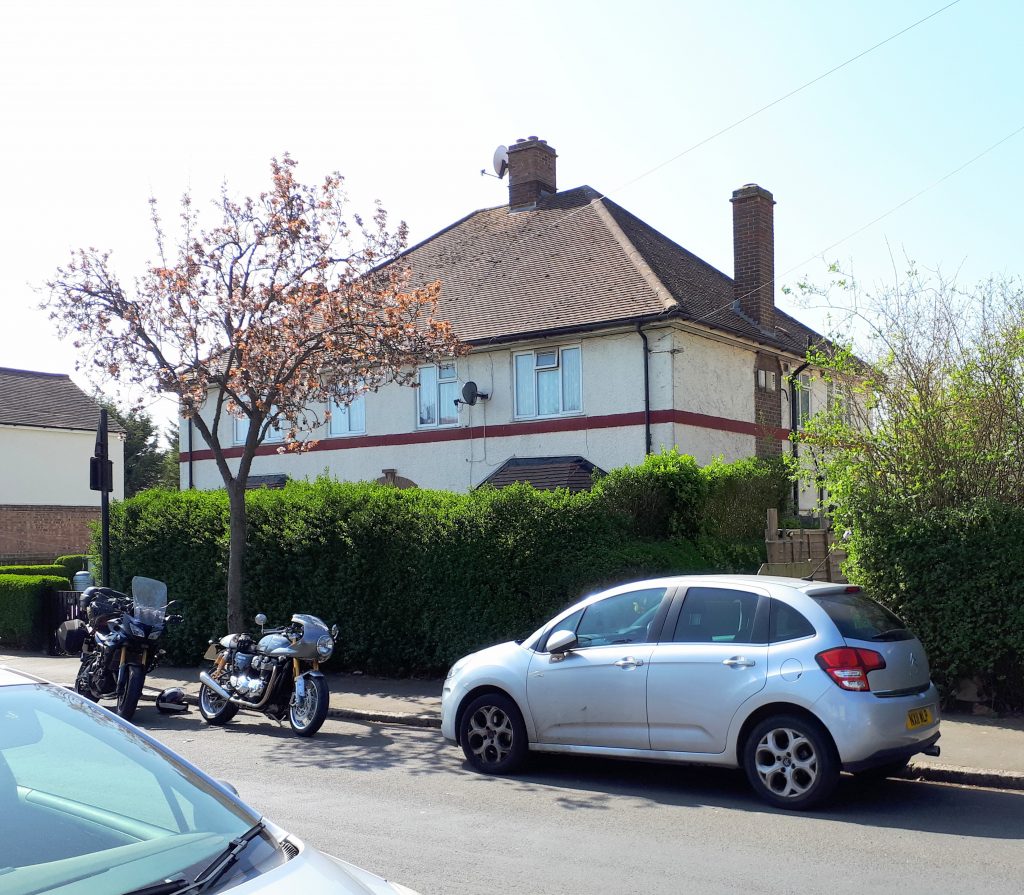 George Knights maisonette in April 2019 and where he was dramatically arrested in 1999.

Knights decided to take refuge at his maisonette in Feltham and simply got Hedley Jenkins to drop him nearby; he even thanked him. With police vehicles all around still unaware of exactly what vehicle Knights was now in Jenkins approached officers and had problems convincing them that he had just simply dropped George Knights at his home. They only believed him when he produced still warm 5.56mm shell casings from the footwell of his Audi.

The property was soon surrounded, and the approaches secured. Knights fired his assault rifle out of the rear of the building. By now he had fired a total of 80 rounds from the hand gun and the rifle. His maisonette was the ground floor but there was a family with children above him and they were in the property. After a period of attempted negotiation it was now dark. The Operation Commander bravely ordered SO19 specialists to assault the building. Advising the family through an established communication link, power was cut to the maisonette. Using distraction grenades, the side door was breached, and Knights was quickly apprehended. There were no casualties. Knights maintained he was innocent and claimed that he had been at home all the time. The gunman the police had been chasing he protested was one of his team, John Paul, who had panicked and had now escaped. The wild story continued. They had been recruited by MI6 and Knights was training a team to assist the “Kosovo Liberation Army”. Knights continued to revel in his perceived notoriety and led police to a weapon cache near the Clacket Lane services close to the M25. On remand and awaiting trial Knights insisted on speaking to the Jill Dando investigation team. He wasted their time by falsely claiming to know the source of the Dando murder weapon.

Knights had made numerous trips to Florida since 1996 and always via Newcastle Airport. He had procured a Florida driving licence and this had enabled him to legally buy firearms. His visits included playing golf and frequenting shooting ranges. He had illegally bought numerous weapons and ammunition back to the UK, the components broken down and disguised amongst golf equipment.

He was an obsessive and dangerous fantasist and received nine life sentences. At The Old Bailey witnesses recalled he had walked with a distinctive limp, (he had been a polio victim as a child). He denied this so he was instructed to demonstrate to the assembled court. He made a futile attempt to walk normally. He continued to maintain his innocence.

A live video of the George Knights shooting incident is available on utube.

My thanks to friend and work colleague Mark Newman who now, retired from the Metropolitan Police was kind enough to show me the George Knights shoot route. This was not a war zone but a surreal and chilling reminder of how police officers sometimes have to face up to and deal with extremes on our roads, avenues and streets.