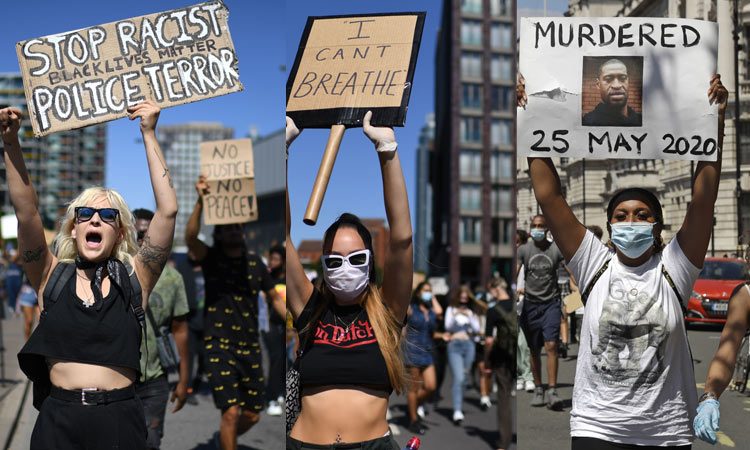 George Floyd died in police custody in Minneapolis, Minnesota USA on 25 May 2020. His death was brutal and totally avoidable. He was asphyxiated by Police Officer, Derek Chauvin, who deliberately held Floyd down with his knee across his neck. This unapproved form of restraint was actually filmed, and Chauvin has been charged with murder. Nothing can condone this action and this police officer has done nothing to ease any tensions that have ever existed between the police and the citizens that are protected by officers in every country in the world. There is now an uncompromising backlash. 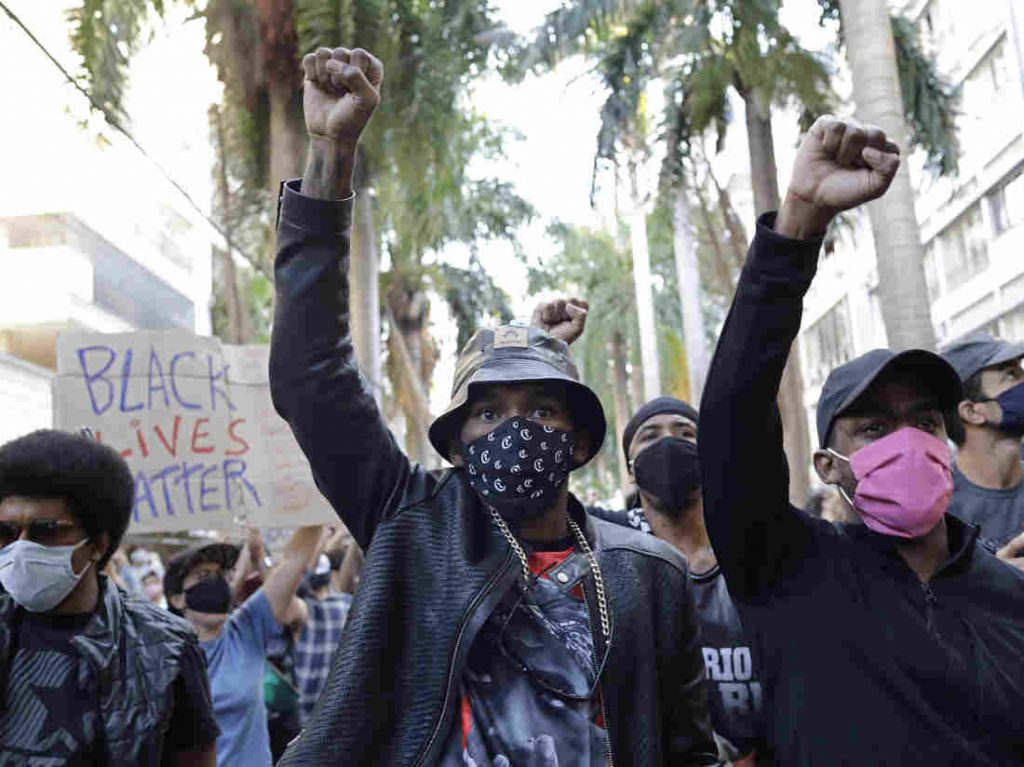 George Floyd had a violent criminal past. He had spent periods in prison for violence, theft and drug dealing. He once entered a property and threatened a pregnant woman with a gun, pressing it against her abdomen. All for money and drugs. Over the past 5 years he had gone “straight”. That was admirable but why had the police shown interest in him on the day he died. He was arrested under suspicion of using counterfeit bank notes in a market store. George Floyd didn’t deserve to lose his life, but his death has now cast him as a globally recognised martyr, a murdered hero slain by racist police. His demise initially sparked demonstrations and riots just in the USA.

Officer Chauvin had received commendations throughout his career but he had also amassed 15 complaints filed against him. Following his arrest his wife is seeking a divorce.

On 02 June 2020, Protesters supporting George Floyd inspired rioters to loot businesses in St Louis Missouri. David Dorn a 77-year-old, black retired Police Captain went to investigate an alarm sounding in his friends’ pawn and jewellery store. He was shot dead in front of the shop. A 24 year old black male has now been arrested for his murder. 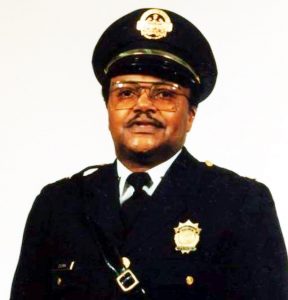 By 04 June, a further 10 people had been killed in riots.

Protests marches have now snowballed all around the world in support of George Floyd but not the honourable police captain, David Dorn. What is the point of the Black Lives Matter movement? Here in the UK we have joined the throng, demonstrators ignoring the Coronavirus social distancing criteria to voice their feelings about George Floyd’s death. Police officers in London were injured.

What is it about the anti-hero? The cyber created “warriors” and “fallen soldiers”. Some academics maintain that protests and riots emerge from true injustice, police brutality, victimisation and social unrest. Extreme actions like the killing of George Floyd are the sparks that ignite the furore.

Supposedly deeply traumatised social victims take to the streets to protest; property is vandalised and destroyed, and people are injured and killed. This they argue is not recreational violence or criminal opportunism organised by the coruscation speed of social media. Others disagree.

Why do some people support and even condone the actions of some criminals or just blank out their past? Is it a distorted sympathy or a form of recognition, the underclass of the dispossessed and uneducated? Or is it nothing to do with supporting anything, just mindless half-witted rhetoric, protest and even violence?

Who are the sympathisers and protesters, who are the rioters, are they one and the same or do the actions of one provoke and inspire the other? Is it fashionable protest, is there such a thing?

Mark Duggan, 29, was shot and killed by a Metropolitan SO19 police officer on the 4th August 2011. In a planned and co-ordinated operation, the minicab he was travelling in was stopped in Ferry Lane, Tottenham Hale. Duggan had been the subject of detailed and close surveillance guns and drugs operation. When Duggan got out of the minicab he was shot twice when a Police Officer saw him raise what he considered to be a firearm in a sock. A Bruni semi-automatic handgun was found 20 feet away from Duggan’s body after the incident. Mark Duggan had a history of drugs, violence and procuring firearms but he was hailed as a hero, the persecuted victim of a police murder. 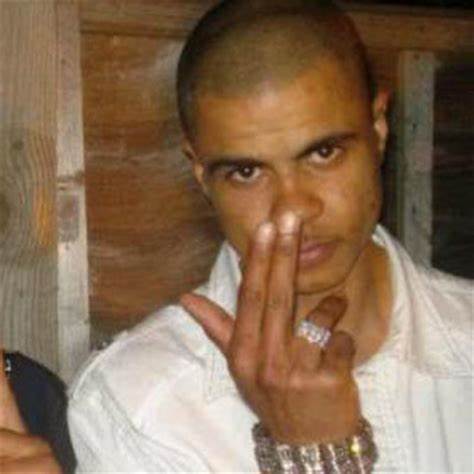 This shooting initially prompted a peaceful protest march in Tottenham on the 06 Aug 2011. This escalated into full blown riots, stretching as far north as Manchester and Nottingham and west to Bristol. By the 11 Aug 2011 over 200 million pounds worth of damage had occurred in cities around the UK. In London alone 3,443 crimes were recorded. On 08 Aug a suspected looter was shot dead in Croydon and a 68-year-old man was beaten to death in Ealing attempting to put out a fire. On 10 Aug three Asian men were killed in Birmingham trying to protect their business properties. Shots were fired at a Police helicopter. 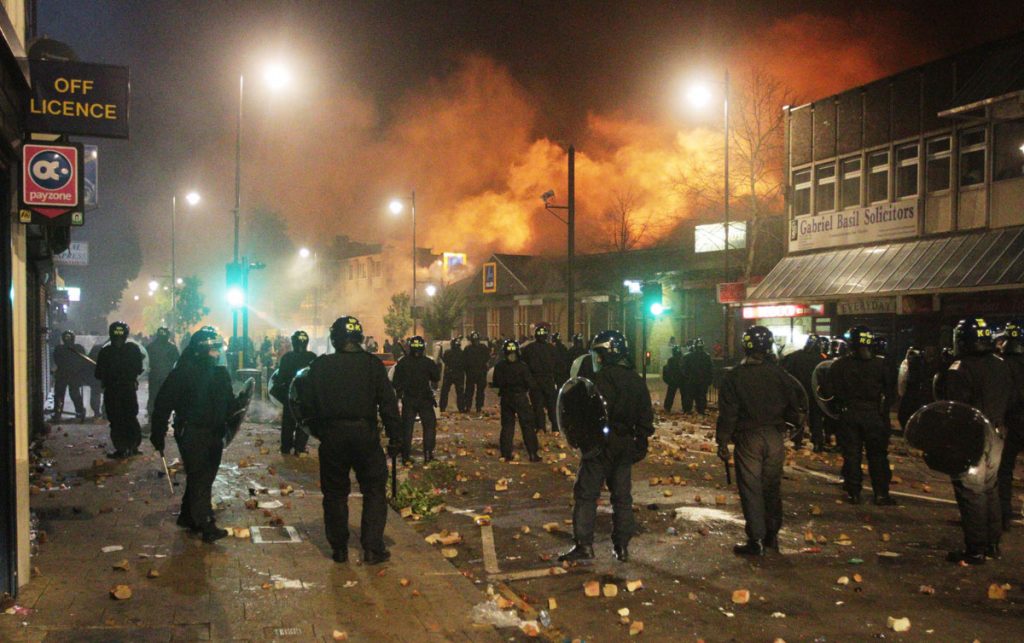 In June 1991 ex steel worker Albert Dryden shot and killed a Planning Officer, Harry Collinson over a building dispute near the village of Butsfield in County Durham. The media were present to cover the demolition of an illegally sited structure, they weren’t expecting to witness a murder.

Dryden had a sympathetic local following before and indeed after killing Harry Collinson. He had also wounded a fleeing journalist and a police officer. The reality was simple. Dryden might well have been a colourful local “character” but he wasn’t honourably defending himself from unscrupulous officialdom. He was a cheat who talked in prolonged monologues stealing airtime with intimidating rants, talking over attempts to reason, posturing with mindless conviction, plucking distorted figures, dates, measurements and deluded facts from his repertoire of pure fantasy. He also harboured illegal firearms. 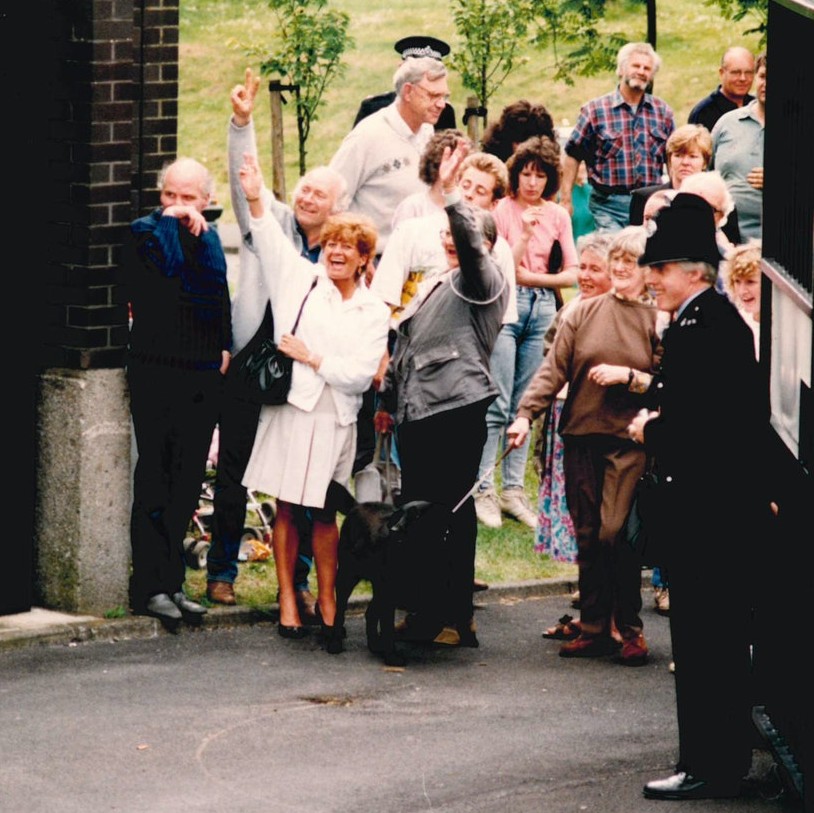 Nobody took this this demented, violent and dangerous individual seriously until it was too late. After the event he honestly believed he had rid the county of a corrupt invasion. One of his neighbours described him as a decent hard-working character who was cheated and intimidated by the local authority and driven to what he did. The bizarre image above shows the clear bias of supporters outside the court he attended after his initial arrest. He never showed any remorse for the murder and he vainly tried to plead his actions were the result of diminished responsibility. They were ignored and he spent the rest of his life in prison. His imprisonment for his diabolical actions never provoked riots but he still to this day has sympathisers and people who hold him in high regard. 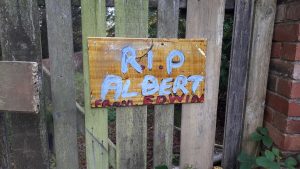 Raoul Moat shot himself on the banks of the River Coquet in the small rural town of Rothbury in Northumberland on 10 Jul 2010. His murderous and cowardly gun rampage had tied up 160 armed police equipped with armoured vehicles. Moat established an admiring fan base. In the eyes of a tardy group of social misfits he became a brave, “Rambo” hero who stood up to the establishment. He was nothing of the sort. Moat had shot and killed one person and severely injured two others in a fit of jealous all-consuming rage.

In comparison to the people he murdered and injured Moat was a worthless character. Poorly educated and lacking in self-esteem this under achiever grew up and struggled within a broken family. He fostered an anger and a sense of resentment from an early age. He would even resort to intimidation and violence towards women and children close to him.

He was a regular sight “on the doors” of Newcastle night clubs. As well as being a club bouncer he had tried to set up simple enterprises, but because he lacked business acumen, planning and raw intelligence he was almost continually short of funds and resorting to petty illegalities and misdemeanours just to get by. He complained that he was victimised by the establishment and harassed by the police. It was always somebody else’s fault in his world.

He had always managed to escape serious charges and arrests but the prison sentence he received in 2010 for assaulting a nine-year-old relative was the beginning of his end. Killing his ex-girlfriends’ new partner once he was released, his sordid rampage ended soon after. 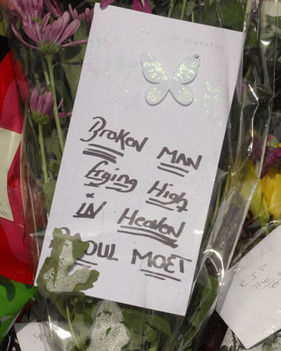 Throughout his week long period on the run a following on social media had lionised this brute with tens of thousands of Facebook and Twitter references hailing him as an inspirational brave hero. Locals in Rothbury close to where he died had to endure visiting hero worshippers leaving cheap bouquets of flowers, written tributes and teddy bears on the riverbank in front of their properties.

What are we to conclude….

One thought on “GEORGE FLOYD’S LEGACY”