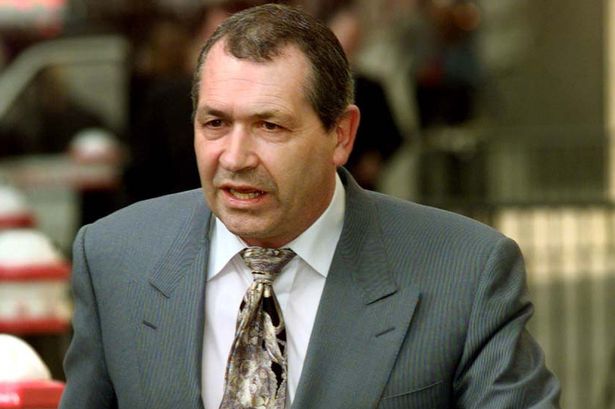 In 2009 John Palmer returned to his family in Essex having served prison sentences for fraud. Nicknamed “Goldfinger”, John Palmer from very ordinary beginnings had built an empire largely from property development. He had been a king pin during the 1980’s Timeshare boom and had acquired properties in Spain. His dealings however were not always honest and throughout his career he was rubbing shoulders with the criminals. Fully aware of the implications he was caught on fraud charges and served periods of time in prison. On 24 June 2015 he was shot dead outside his home in South Weald Park in Essex. There was no known precursor or motive to this murder. His large house and accompanying outbuildings are situated in woodland within the park. 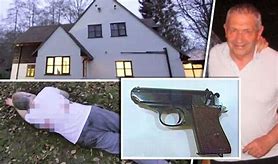 Whilst it was a secluded location it was surrounded by public paths, cycle routes and bridleways. South Weald park is just north of the busy A12; you can hear the hum of the traffic. John Palmer was shot whilst collecting and burning rubbish in a small incinerator outside his house. The perpetrator had approached his property, had climbed a small wooden fence and then shot him dead at very close range. He was shot 7 times in the chest and abdomen with a .32 semi-auto handgun. There were no witnesses, and nobody heard any shots. He was found soon after by his son James and his girlfriend who had both been inside the property. James recognised his father was unconscious but had no idea that his father had been shot. John Palmer’s partner was out horse riding.

Palmer had recently received and was recovering from open heart surgery. When paramedics arrived they failed to ascertain he had been shot and considered from medical history that his recent procedure was the cause of his collapse and the blood on his chest. It wasn’t until he had reached hospital that it was realised, he had been shot. By this time, he was dead. When Essex Police arrived at the property, they found 7 ejected .32 shell casings in the vicinity of the shooting. The media in some quarters suggested that because no shots had been heard the gunman had used a silencer, (suppressor). The instant jump to this ridiculous conclusion is straight out of the movies where we often see hitmen dressed in black using silenced handguns. The sound of gunfire can be easily masked by a whole variety of circumstances and conditions.

Essex Police appealed for witnesses. A woman came forward who claimed to have seen a male in a light-coloured hoodie acting “furtively” in the park area not far from the property. Apparently 2 men were seen digging into the soil at another location in the park. One must appreciate that this was parkland with easy and encouraged access. The area is well used by walkers, joggers, dog walkers, horse riders and cyclists. Access to Palmers property was easy via these routes and the presence of anybody in the area and at any time of day or night was normal. 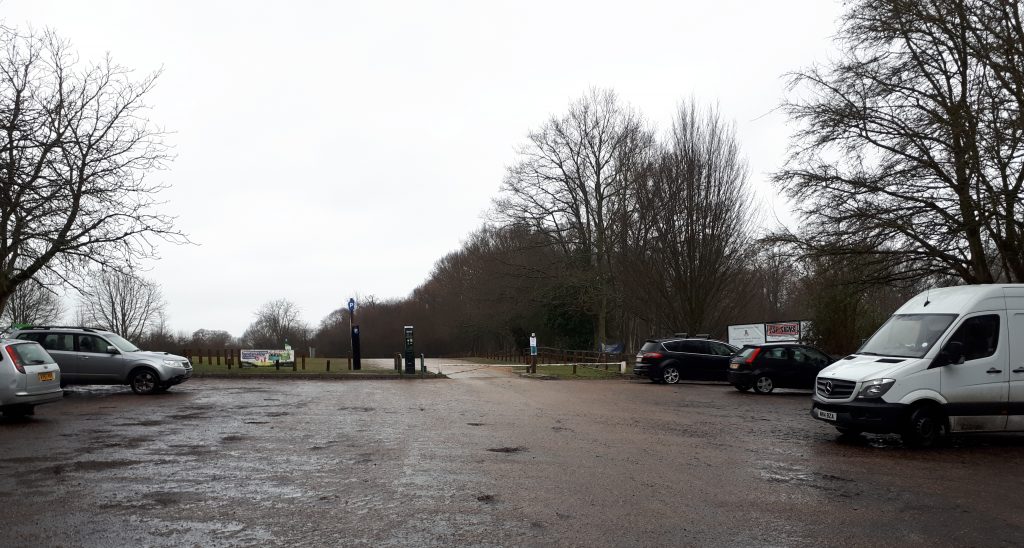 I visited the park on the 04 Feb 19. The untarmaced route to John Palmer’s house for normal vehicle access is off Sandpit Lane. Whilst there is no indication of his property from this intersection it is marked as a footpath and bridleway. The house is 500 metres along this track from the road and surrounded by woodland. The property can be reached however from a variety of directions via a labyrinth of paths and tracks. Just 1.5 Km south is a car park off Weald Road next to the Brookweald cricket ground. Well used by park users I found it very easily. It was a perfect location to park a vehicle in an initial phase to get access to Palmer’s property. When I arrived, there were a number of vehicles already parked there. As I set off on a mountain bike, the weather was damp and overcast. I met 2 sets of dog walkers; we exchanged pleasantries. This is a very normal outdoor location, there is nothing odd or sinister about it. I found and reached Palmer’s property easily. Surrounded by woodland it is set in a depression. The vehicular entrance is protected by a large ornate gate. The property comprises the main house and a collection of surrounding buildings, storage, stables, garages and outbuildings. There was a large dog roaming.

Palmer’s killer may have approached the property in a very clandestine style taking care to avoid being seen. On the other hand, a more confident detached style of open approach would not have aroused suspicion because of the free public access. We will never know. John Palmer may have had sight of his killer. He and his family would undoubtedly have seen people walking, jogging, cycling and horse riding outside the perimeter of his property on a regular basis.

A senior police officer DCI Stephen Jennings from Essex Police was interviewed on BBC Crimewatch shortly after the murder. Poorly briefed and clearly ignorant of firearms his sombre description of the events referred to a screened image of the likely type of murder weapon.

“We think the gun was similar to the one you see here, a self-loading revolver, smooth bore, .32 calibre rounds were used”.

The weapon used was a semi-auto pistol and a not a revolver; there is no such thing as a self loading revolver. The term revolver is often and incorrectly used as a generic term for a handgun. It would be as senseless as describing the offender getting away in a four-wheel-drive 3 wheeler. Despite being a senior officer, DCI Jennings is unfortunately a classic example of UK police ignorance when it comes to describing the criminal use of firearms.