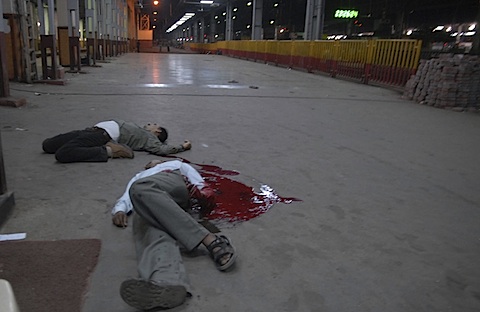 The Mumbai massacre that took place in India in November 2008 presented a ghastly insight into the planned and coordinated use of small arms by terrorists and served to highlight the utter carnage and rapid loss of life that can occur. It also highlighted the difficulty faced by security agencies in identifying and neutralising determined gunman infiltrating unprotected public places.The attack was initiated on the 26th November 2008, but it wasn’t until the 29th November that Indian security forces finally contained it.

The attack originated from Pakistan where this terror group had trained. A ten man insurgent team, members of Lashkar-e-Taiba, arrived by sea in inflatable craft through Colaba to the south of the city. They moved to infiltrate a major metropolis and conducted attacks on carefully chosen targets. Their primary weapons were 7.62mm AK47 semi-auto assault rifles. In addition, they carried hand grenades and they made some use of explosives. They were not using the tactics of suicide bombers; the attack paralyzed a city of 18 million. Their target locations were not random, this was mass murder mapping.

Mumbai became a raw template for future gun terror attacks. The Westgate shopping mall in Nairobi in September 2013 and the Paris attacks in January and November 2015 followed the tactic. 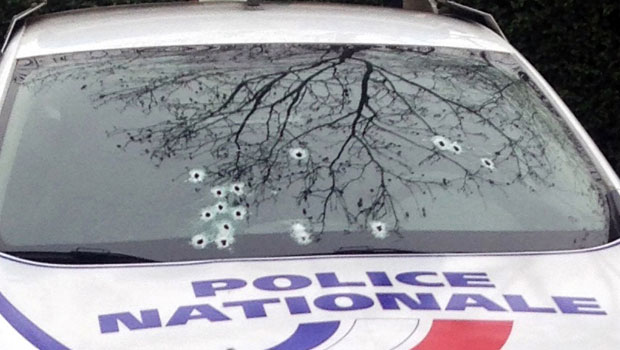 The Indian security services were criticised for not acting on intelligence and not confronting the terrorists with sufficient determination and firepower at the onset. It is perhaps easy and unfair to make this judgement because the attack was huge in scale. Fishermen in Colaba had nevertheless informed the local police about the odd circumstances of their arrival but they were apparently ignored. The police and available forces in Mumbai struggled and failed to contain the attackers; specialist forces had to be helicoptered in from Delhi. The attack concluded with the death of 175 people which included 9 of the attackers, (only one was captured alive and he was later tried and hanged). Over 300 people were injured. 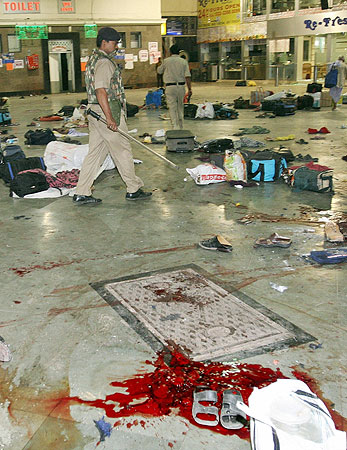 Would a similar attack here in the UK be met with the same confused procrastination? If a concentrated firearms attack took place at one of our major airports or shopping centres would the presence of armed Police Officers be able to effectively neutralise or contain an attack, assuming they survived the first exchange of fire. We have got used to the sight of armed Police patrolling in close pairs at our airports for some years now. I have been surprised at the condition of some of them, physically overweight and weighed down with equipment; they don’t look ready to combat anything. The Mumbai attackers were extremists but they were young and fit and had trained and rehearsed this operation. Combating this type of enemy in a crowded urban environment is a major problem. Carrying a firearm in a security capacity and looking the part is one thing. Using it effectively is something else entirely.

We have been warned via the media and security services that there is a perceived increase in the threat level of a firearms attack in a public place in the UK. These warnings are perfectly reasonable. The manner in which we exist and conduct our lives will never stop a determined Mumbai style firearm attack. The only real way to halt such a hideous scenario is through intelligence, stopping the process before such a planned slaughter is mounted. The difference between a bomb and a bullet is the bullet is more personal. 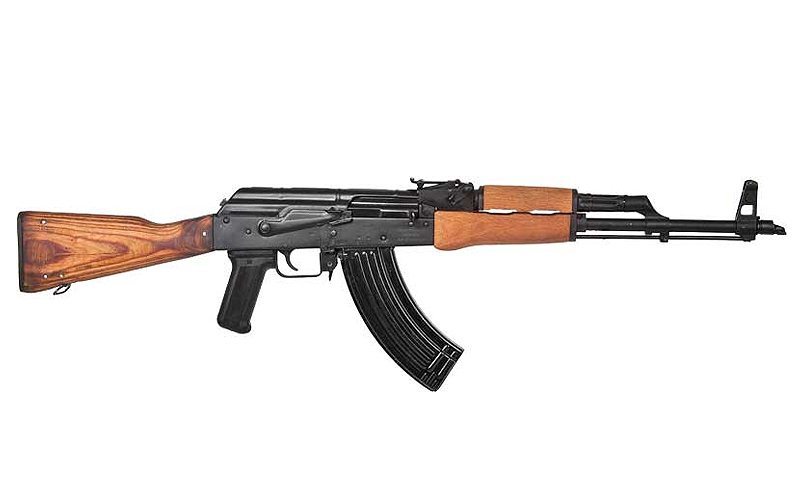 You only have to look at the number of killed and wounded in Mumbai, (and Las Vegas), it was far greater than most bomb attacks. Such an attack will be over a sustained and prolonged period, an intensely frightening and exposed experience. Bomb attacks are ferocious and mind numbing, the scale of devastation transcends after the attack, with firearms it is during the attack, prolonged agonising periods of hearing and seeing what is happening and suffering the indescribable anxiety of awaiting a fate. Most of us have no idea what it is like to be close to explosives detonating or firearms being discharged. The sound and shock wave emanating from an explosion or the ear shattering rasp and concussion that emits from a firearm can be overwhelming and disorientating and it is very difficult to recreate on film.

Could such an attack occur on UK soil; of course it could. What is stopping it? Effective and coordinated intelligence, well trained and dedicated response agencies, physical security measures and access to firearms and ammunition. Whilst illegal firearms exist in the UK organising sufficient firepower and ammunition levels to perpetrate a Mumbai style attack would be more difficult than in countries that harbour vast quantities of both along with ineffective measures to control it.

Any such attack on UK soil would eventually be effectively contained, we have some of the best resources in the world but in the initial period a determined attack would wreak total chaos irrespective of who is “on the ground” to counter it. The advantage is always with the terrorists because they have the element of surprise. Determined insurgents only have to be lucky once to achieve their aim whilst innocent people and the security forces have to be lucky all of the time when it comes to stopping them.

Despite suffering decades of devastating terrorist attacks in the UK whether it was the IRA in the past or Islamic factions in more recent times the average person on the street is statistically and mentally, largely removed from the threat and the shock I was in London on Sunday 13th December 1983 when the IRA Harrods bomb detonated, killing 6 and injuring 90. Many hours passed before the rest of the country and even Londoners were aware of what had happened.

We are all acutely aware of the terrorist threat, but we never believe it will affect us personally. We have distorted views and we fail to see signs. Gunfire-Graffiti UK reveals our ignorance and indifference. We are blind, dumb and stupid. I have never inferred that what I have found and continue to find has any link to terrorist activity but what I do know is that these violent signatures are always around us. The ease with which armed perpetrators, whoever they are, can illegally discharge firearms and rehearse their fantasies in public is staggering.

See Terrorist Shooters, the A68 incidents.