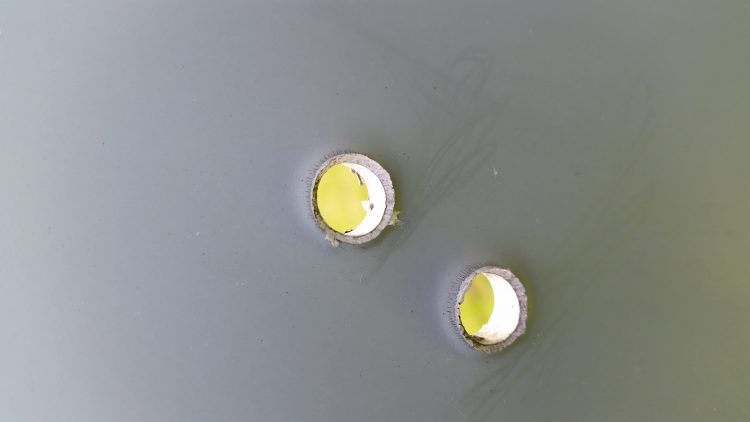 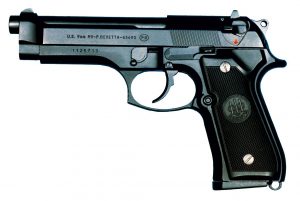 In August 2015 a colleague of mine noticed a steel roadside structure on the B4065 in Powys, South Wales. It was on the approach to a bend on Llangynidr Mountain in the Brecon Beacons National Park just 4 miles south of Llangynidr village.  It had been cleanly struck and penetrated by 5 jacketed 9mm handgun rounds. Most roadside shoots are haphazard; this was very clinical. 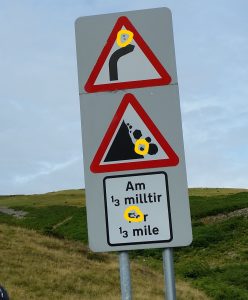 What was particularly interesting was the targeted style of the shoot; it suggested that the shooter had employed what is referred to as the “Mozambique Drill”. This is a kill technique widely recognised and employed in close quarter shooting combat situations. It was developed after an incident that took place during the Mozambique War of Independence 1964 – 1974. The application employs a two shot “Double Tap ” to the centre mass of a torso followed by a single shot to the head. Against a determined enemy or assailant, possibly bolstered by drugs and at very close range it proved to be particularly effective. This example on a Welsh mountain road seemed out of place and untypical. It had been completed with great accuracy. Google Streetview overlap images at the location displayed a “clean” structure in the summer of 2014.

In November 2014, Manuel Wallner, a 23 year old Austrian drove to the UK. Having completed his military national service, he planned to embark on a career in the international security and close protection industry. He wanted to work in the Middle East or South America and had paid £4,200 to the BMG, (Blue Mountain Group), a security training company based in South Wales to attend a close protection course. Wallner received clear joining instructions but decided to bring items and equipment that had no relevance to the programme. This included a .223/5.56mm semi-auto rifle, a 9mm semi-auto pistol, 280 rounds of ammunition, knives, a tomahawk, batons, balaclavas and body armour. Wallner had legal permits for the firearms in Austria and obtained official transit permits for Europe but this did not include the UK where private possession of these particular type of firearms was illegal. Bizarrely the French port security authorities fully aware of what he was carrying after his declaration allowed him on board a ferry from Calais to Dover. Furthermore, they did not advise their British counterparts. On arrival in the UK he was subsequently not challenged and drove straight through the customs green channel and a further 250 miles to the small village of Llangynidr, (Just off the A40 near Crickhowell in Powys, South Wales. On arrival he checked into his accommodation at the Coach House Hotel. Later that evening he met other course members and naively and enthusiastically showed off his accoutrements in his hotel room. The police were called the following morning after these shocked and surprised course candidates informed the BMG course tutors. Wallner was arrested, he went to court in Swansea, was found guilty of illegal possession and importation of banned firearms and ammunition into the UK and was subsequently given a suspended prison sentence, fined, deported, had his firearms, ammunition and equipment confiscated and lost his course fee. He escaped a prison sentence because the Judge considered that whilst Wallner had made a gross error he meant no harm and was not a threat. Responsible licenced gun owners have considered his actions and behaviour to be extremely odd; whilst perhaps not sinister, certainly fantasist. 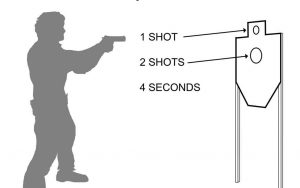 Could Wallner possibly have been disturbingly and sufficiently motivated enough to carry out that shooting on the evening of his arrival and before he displayed his arsenal. He had the transport to reach the quiet location and perhaps an overwhelming desire to perpetrate it. If it wasn’t Wallner then bizarrely somebody else was lurking in the same vicinity in the same period armed with the same calibre of one of Wallner’s weapons and employing tactical shooting techniques. I am merely speculating about the perpetrator but if it wasn’t Wallner then surely that is even worse. Roadside shooters are generally quite haphazard with their “signatures” but this gunman was extremely clinical employing shooting techniques that the Austrian would have known about, studied and had very likely employed on “legitimate” targets before.

Once arrested Wallner quickly discovered the severity of his gross error; he would hardly admit to anything else. If indeed he did perpetrate that shoot, he would have hoped the police wouldn’t find the site. He didn’t have to worry. Perhaps in the final summing up, mention of the fact that he had been in possession of 280 rounds of ammunition was not quite accurate.

Powys Police failed to notice the site so close to Llangynidr where Wallner’s armed police arrest scenario unfolded. They remained unaware of it until it was reported to them in the summer of 2015.

It is still there for all to see.